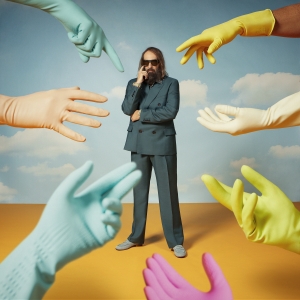 "A Ballet" is the first track released by Sébastien Tellier since his album "L'Aventura" in 2014. With this modern ballad, his ambition is to reveal the beauty of domestic life like a ballet (which in French sounds the same as a "balai" = a groom). The track was produced by Jam City, "one of the most important British musicians" according to Tellier, and by the Frenchman nit.