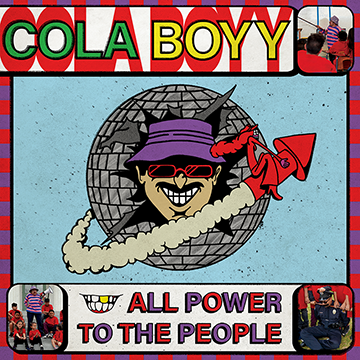 Cola Boyy is back! A year after the release of his debut EP "Black Boogie Neon", working on his first album and playing his first big stages including Coachella Music & Arts Festival, he felt he needed to take a moment and release a single that him and the masses could blast in the streets of Oxnard and beyond.

"All Power To The People" is : a song, a video and a political leaflet written by Cola Boyy himself.

Watch, read and listen to what he has to tell you...