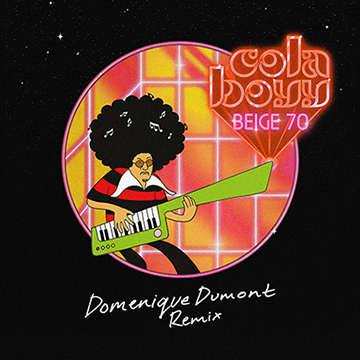 Format MP3 (0.99 €) SHOP Checkout ({{cart.getNumItems()}} items, {{cart.bill.total_ttc | number:2}} €)
Matthew Urango, aka Cola Boyy, is a 28 year old artist coming from Oxnard, California, discovered on the occasion of a concert in Los Angeles during June 2016.
Cola Boyy is an unusual and self-taught musician & singer. His very typical but natural voice is the consequence of a disability from birth. His deviant disco songs talk about love and the happiness it breeds, while letting the rage of a rather different-looking militant crooner go.
His debut EP “Black Boogie Neon“ was released September 21 via Record Makers.