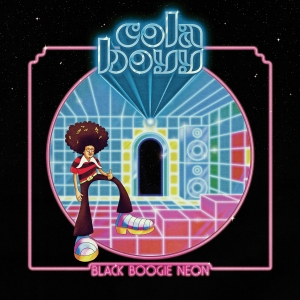 Penny Girl is the a soon-to-be disco powerhouse hit that relates the story of a crime of passion: as poetic as a McCartney song, as effective on the dancefloor as a Patrice Rushen groove, and as fun as Frankie Smith’s “Double Dutch Bus”.

Have You Seen Her is the EP’s kraut-disco oddity, halfway between the Ghetto Brothers’ rage and the funkiness of a Kurtis Blow instrumental... You’ll also hear a ripping guitar chorus and a Michel Berger-esque piano solo, all swaying to the beat.

Buggy Tip is the track that could have fallen into the hands of an eclectic DJ like Nicky Siano at Studio 54. Disco strings, catchy choruses to sing along to... Cola Boyy turns the melancholic memories of a past girlfriend into a banging beat to dance and shout to in a hot late-night club.

The whole EP, recorded between Los Angeles and Paris, produced by French producer ‘nit’, is a witness of his raw talent and the foretaste of an album coming in 2019.