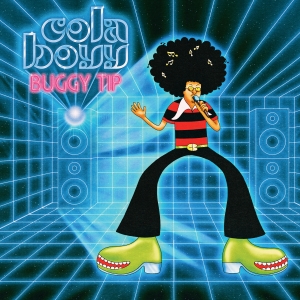 "Buggy Tip" is the track that could have fallen into the hands of an eclectic DJ like Nicky Siano at Studio 54. Disco strings, catchy choruses to sing along to... Cola Boyy turns the melancholic memories of a past girlfriend into a banging beat to dance and shout to in a hot late-night club.