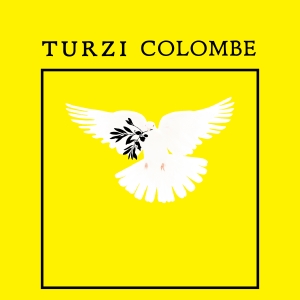 Format MP3 (1.99 €) SHOP Checkout ({{cart.getNumItems()}} items, {{cart.bill.total_ttc | number:2}} €)
Turzi has acquired a reputation for being one of the early krautrock revivalists in the beginning of the century. Like all good musicians, Turzi’s music has evolved.
"Colombe", taken from his recently released and acclaimed album "C", shows this metamorphosis better than any words.
"Colombe" sounds like a hidden Ennio Morricone gem with its slow tempo and a strong melody sung by a female vocalist in the Edda Dell’Orso tradition. Romain Turzi likes to record the Eastern European instrument cymbalum, like John Barry did for his "Persuaders" theme.

Companied by remixes from two up-and-coming producers from the fast-paced, progressive French music scene:
- Polo & Pan, a well kept secret for now, but not for much longer, filter "Colombe" through their quintessentially pop sound, taking the Turzi’s theme to another dimension: groovy bass, growing structure, addictive hooks. A future hit.
- Canblaster, from the Bromance crew, takes a romantic direction with lush production, not far from Giorgio Moroder’s 80’s scores...