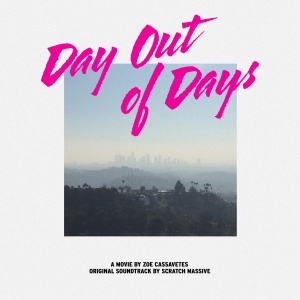 With their extraordinarily epic and artful musical poetry, Maud Geffray and Sébastien Chenut – the two sonic warheads who make up the electronic music group Scratch Massive – have always been able to enrich sensory experience in a way that brings together the fringe and the extremes, the here and there, the past and the future, with a never-disappointing desire to express the blues of the soul and the blues of the world.
The Parisian DJ/producer duo has made its mark with icy grooves and epic productions, a perfectly-executed musical path that has led it to become one of the driving forces of French electronic music of the last 20 years.
After the dark and melancholic convulsions of its studio album Nuit de rêve, Scratch Massive invites us to intimately explore new heights through the sublime images and existential travels presented in Day Out of Days – the new film by director Zoe Cassavetes.
This intense musical duo has undertaken a veritable revolution, giving body and soul to their latest project. Recorded under the Los Angeles sun at Atwater Studios, Day Out of Days is a troubling and enraptured vision of The California Dream - the one that always seems to slip away at the last moment from under the feet of Mia, the film’s disappointed heroine. On this album, Scratch Massive trades in (temporarily?) its somber ways and the dark beauty of its electronic odes for a new pop sensibility nourished by the grand air of the Pacific Ocean and the frenetic rhythm of a city that never sleeps.
From the wide-eyed pop song “Turn Away” that opens the album, the new wave mirages that inspire the superb “Frolic Spleen” and “A New Deal” and the infectious magic of “Paris” (an electro-pop hit carried by the irresistible voice of Daniel Agust, former lead singer from Icelandic cult band GusGus), Day Out of Days brings together an elegant, out-of-control bacchanal evoking dreams snuffed out by the stark realism of the daily grind, shady sunsets reflecting undetectable fears too heavy to bear. Could this be the sound of California Dreamin’ under modernity’s magnifying glass?
Quite simply, with Day Out of Days, Scratch Massive has made a modern electronic album, perfectly at ease with the influence of pop, as a way to revisit and reexamine its clichés, its stylistic effects, and the hungry nostalgia for the 1980s.