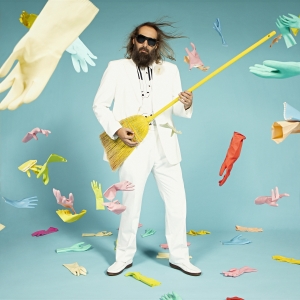 Format MP3 (1.99 €) SHOP Checkout ({{cart.getNumItems()}} items, {{cart.bill.total_ttc | number:2}} €)
When Sébastien first sat down to record his new album "Domesticated" (out 29/05 and available to pre-order here), he chose to start with the song that would eventually become the heart of his album. "Domesticated", as its name suggests, is about a subject of concern for the vast majority of the world population: the household chores. This song conveys the pain and distress this universal everyday tasks may generate, and especially in this context of confinement. Sébastien pictures here some aliens (named "X"s) planning on taking over the Earth, but being disappointed by the discovery of a very subjected and domesticated humanity... quite a desillusion!
"Domesticated" was produced by Mind Gamers aka John Carroll Kirby (Solange, Connan Mockasin...) and Daniel Stricker (Midnight Juggernauts), helped by Sébastien's studio sidekick Corentin "nit" Kerdraon.

Stuck in a Summer Love