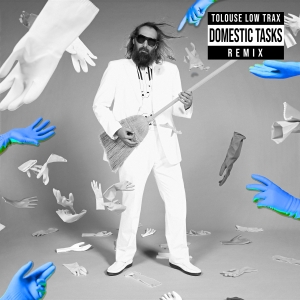 Format MP3 (1.30 €) SHOP Checkout ({{cart.getNumItems()}} items, {{cart.bill.total_ttc | number:2}} €)
A legendary figure in the electronic scene reworks Sebastien Tellier's "Domestic Tasks" here. German producer and now Paris-based Tolouse Low Trax is the most respected mind behind German avant-gardist club "Salon des Amateurs". In the same vein of his new record out on Bureau B, Tolouse takes on a new trip-hop-esque sound, recalling 90's beatmakers La Funk Mob and French late 90's underground sound.
In his own words, the track is his way of "thanking Sebastien & Record Makers for making me feel welcome in the most beautiful city of this crazy world".
The track is mixed by Joakim.