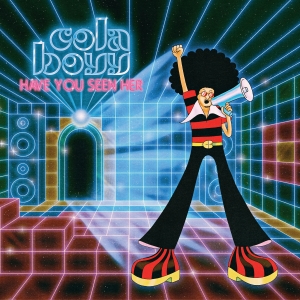 "Have You Seen Her" is the EP’s kraut-disco oddity, halfway between the Ghetto Brothers’ rage and the funkiness of a Kurtis Blow instrumental... You’ll also hear a ripping guitar chorus and a Michel Berger-esque piano solo, all swaying to the beat.