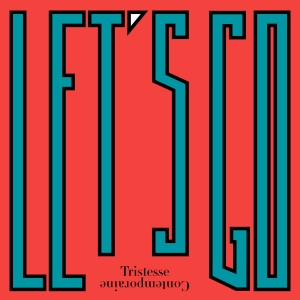 Format MP3 (0.99 €) SHOP Checkout ({{cart.getNumItems()}} items, {{cart.bill.total_ttc | number:2}} €)
Tristesse Contemporaine. Act III, Scene 1. After the first album (self-titled "Tristesse Contemporaine") a form of a declaration of independence and the second ("Stay Golden") rising above the rest, their third, "Stop and Start" will come to close the existing trilogy, and begin a new cycle.
The trio at the head of this veritable voyage through time and space, is a motley crew that found each other in Paris: Narumi from Japan, Maik from England via Jamaican roots, and Leo from Sweden. The essence of what they play as Tristesse Contemporaine is two chords, minimal instrumentation, all mixed with maximum reverb. This is a particular idea of "less is more" which is more applicable to pop music. Abandoning "the middle of the road" the band focused on ten tracks where they put their cards on the table and the petal to the metal.

First listen: "Let's Go" - you are making-out with a stranger for less than 3 minutes, and then you find yourself bundled into the trunk of a Mercedes. Where are the police?!