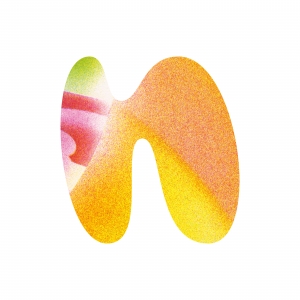 Format MP3 (2.99 €) SHOP Checkout ({{cart.getNumItems()}} items, {{cart.bill.total_ttc | number:2}} €)
"Looney Tune" is a seasonal single. Summer is here, we need some filtered funk with a heavy bassline. French Touch is still alive in 2022, modern, with spacey vocals, and of course very romantic. nit is a prodigy with surprising skills and is officially part of the new French beat generation.

Every single nit release is accompanied by a couple of finely curated remixes :
- Blasé is a French beatmaker who used to write for hip hop artists and about to start his own solo project after being part of Haute. His Innervision version is a modern funk interpretation, both hypnotic and danceable. A home funk anthem.
- Rico The Wizard used to produce for legendary label Crydamoure back in the late 90s, alongside Guy-Man from Daft Punk. For nit, he accepted to re-plug the precise same setup as back in 1997 to obtain the special sound that made his success. Let's party like it's 1997!