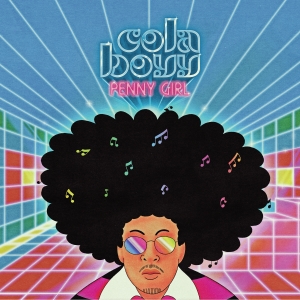 "Penny Girl" is the soon-to-be disco powerhouse hit that relates the story of a crime of passion: as poetic as a McCartney song, as effective on the dancefloor as a Patrice Rushen groove, and as fun as Frankie Smith’s “Double Dutch Bus”.