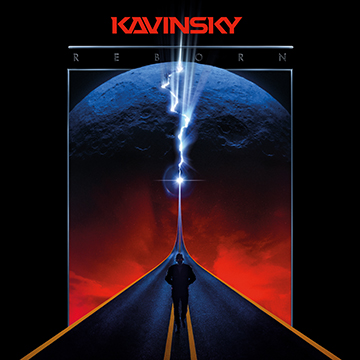 Kavinsky is a zombie who came back from the dead after his Testarossa crashed in 1986.

His first song, "Testarossa Autodrive", was an instant success, and was followed by two singles. In 2007, he was chosen by Daft Punk to open their now legendary 'Alive' tour.

In 2011, his track "Nightcall", produced with Guy-Manuel de Homem-Christo, became the theme song for the film "Drive", and consequently a worldwide success.

Kavinsky's first album, "Outrun", was released in 2013, followed by a collaboration with The Weeknd on the song "Odd Look".

In 2022, Kavinsky is back with "Reborn", his second album recorded at the famous Motorbass studio in Paris. The first single, "Renegade", has an impactful sound and a powerful chorus, whilst the second single "Zenith” has a more muted and futuristic feel.

On "Reborn", Kavinsky amplifies these sounds without deviating from his relentless trajectory.