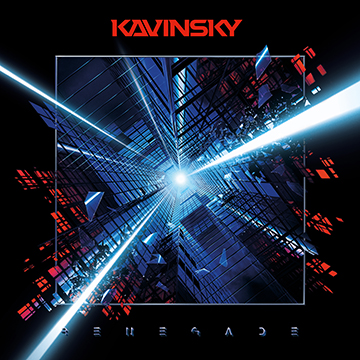 Thanks to a magical synchronization in Nicolas Winding Refn's 2011 "Drive" starring Ryan Gosling, Kavinsky’s half-of-Daft-Punk-produced "Nightcall" became a mainstream hit. It was then followed by his first album "Outrun" in 2013, and a collab with the Weeknd on his song "Odd Look". Another song from "Outrun" simultaneously became the soundtrack to many sports events (football, rugby, tennis, American football, baseball) : "Roadgame".

Today, Kavinsky is back with "Renegade", first track from his second album to come "Reborn". "Renegade", which was recorded in the mythical Motorbass studio in Paris in collaboration with Victor Le Masne and Gaspard Augé (half of Justice), reinvents the French producer’s unique recipe: dark mood but with a thunderous groove. With a vocal assistance from Cautious Clay, "Renegade" announces one of this years’ most anticipated comebacks.