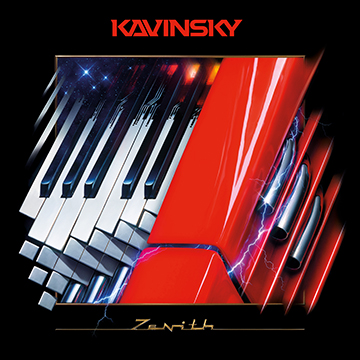 While recording his new album "Reborn", due in March, Kavinsky had this special project to record a sequel to his hit song "Nightcall", which after all sounded almost like a movie scene. This sequel would be called "Zenith".

Therefore, like in the original, he composed a duet between a girl and a man, but reversed: the verse is sung by the woman, the chorus by the man.
Prudence (formerly from the successful duet The Dø) is the female vocalist, Morgan Phalen (who sung with Justice and is the vocalist of the band Diamond Nights) plays the male character along with a special guest: the saxophone.

"Zenith" showcases Kavinsky's romantic side on a muted and futuristic sound.