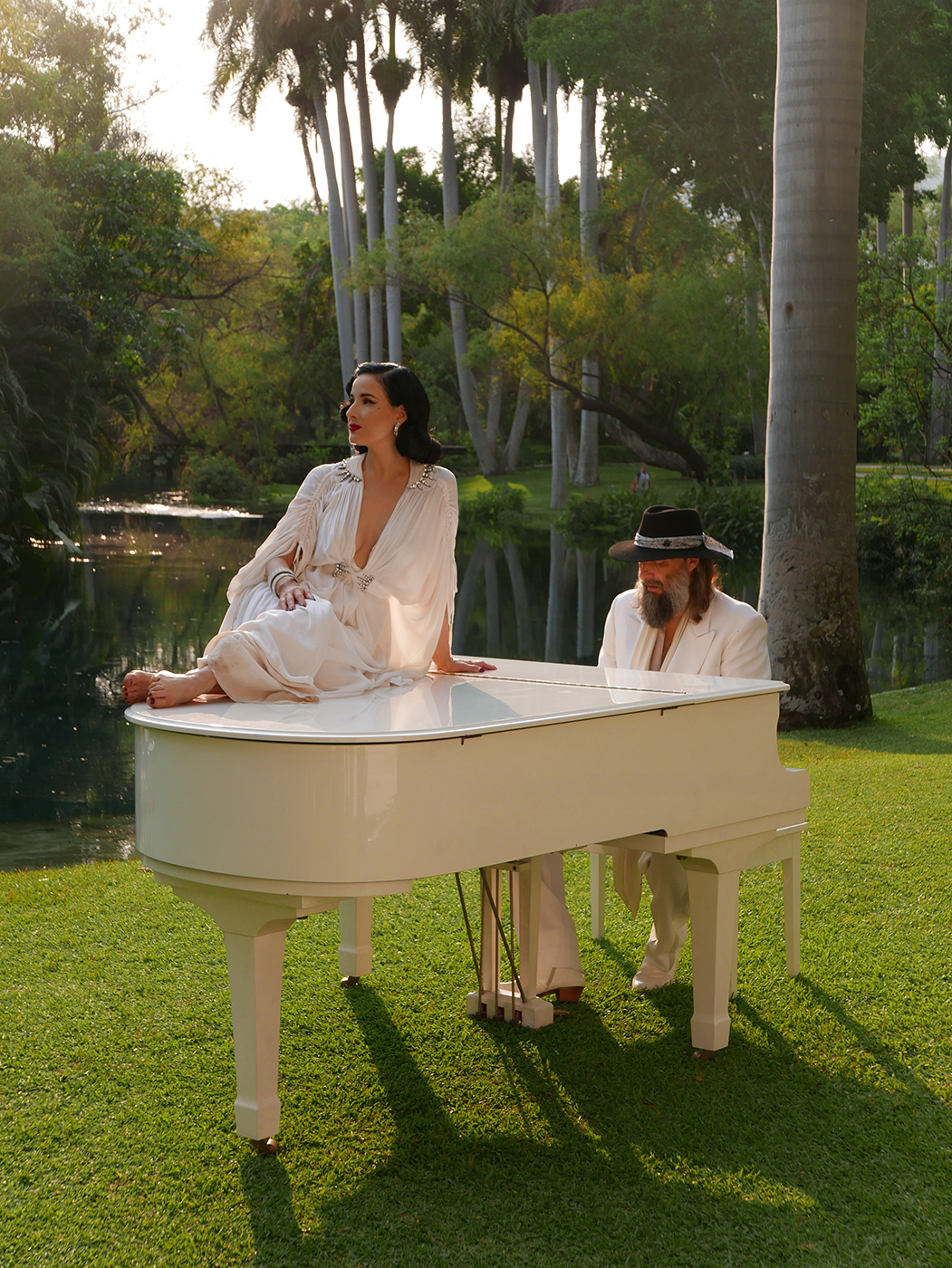 Like a dream sequence in a feature film, this video directed by David Wilson (who shot some for Arctic Monkeys, Arcade Fire or Tame Impala before) shows Dita Von Teese in her classic 50s Hollywood beauty role ambiguously playing with Sebastien Tellier. It is voluntarily simple and exquisite, with a touch of Tellier’s signature comedy situations.

We now can watch this Gainsbourg/Birkin inspired duet play their game! 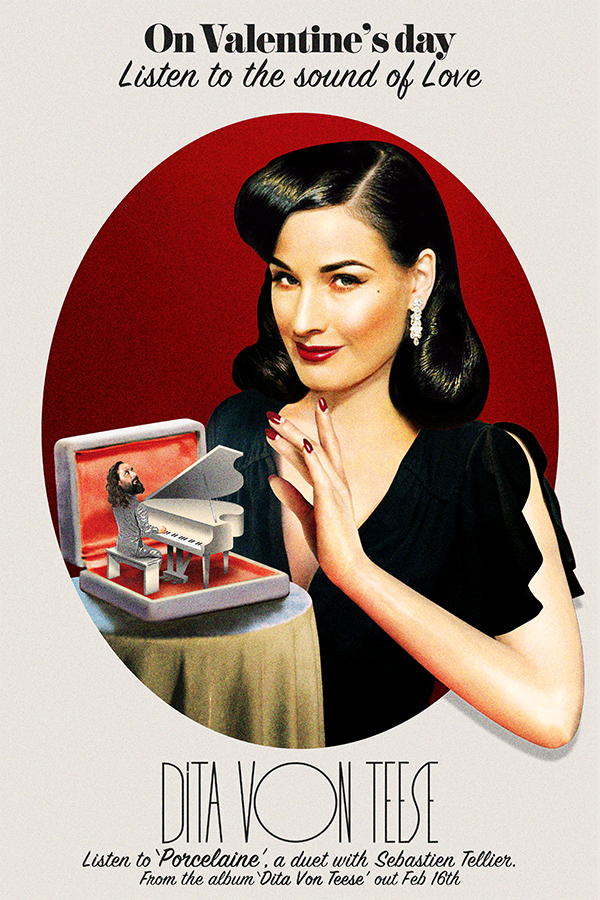 Dita Von Teese and Sebastien Tellier celebrate Valentine’s Day in music with the release of their duet "Porcelaine".

Valentine’s Day is a day for lovers, romantic talks, and emotional perspectives!
Here comes "Porcelaine" the perfect sound bed for a day like that; a duet between the queen of burlesque and the most romantic French musician since Serge Gainsbourg. Their voices blend perfectly on this slow jam. It is Dita’s favorite song from her forthcoming album, just because she sings it with Sebastien. How romantic.

Dita Von Teese says: « Recording a duet with Sébastien Tellier was like a dream come true. From the very start of the project, I asked that we do one song together. I love his voice, I instantly think of Serge Gainsbourg, he is as good as him. “Porcelaine“ is my favorite song on the album, and recording it was probably the most natural for me ». And for Sebastien Tellier, who wrote it, « the song is about Dita’s white skin, too perfect to be real ».

Dita and Sebastien have teamed up to create her first ever album, the self-titled "Dita Von Teese", due February 16th on Record Makers. 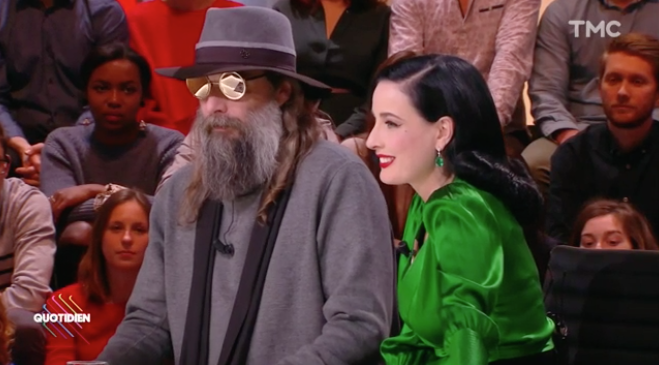 Dita Von Teese's debut album, written and composed by Sébastien Tellier, is available for pre-order here or on Bandcamp 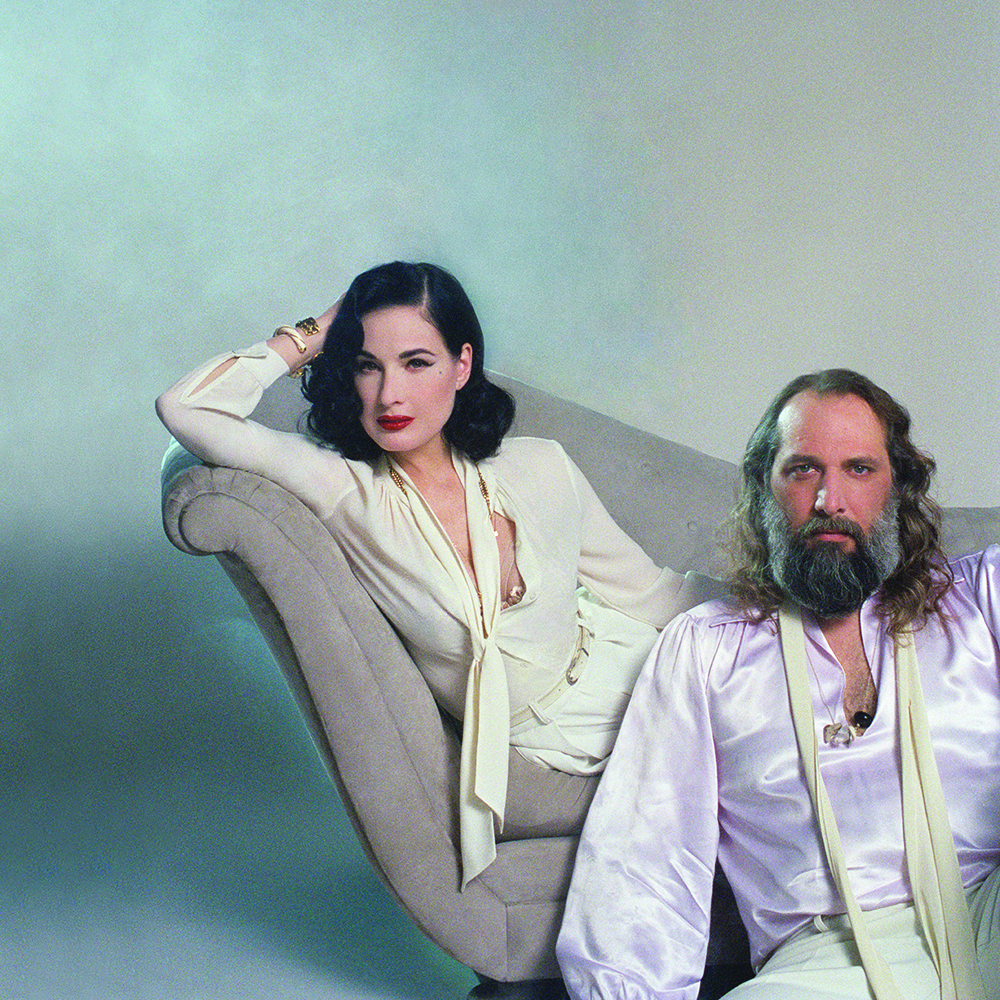 After “Rendez-vous”, Dita Von Teese releases “Bird of Prey”, another song from her forthcoming album, due February 16 on Record Makers.

According to Sébastien Tellier, who wrote the entire album for Dita Von Teese, “‘Bird of Prey’ evokes Dita flying above the world, hunting the tiny men on its surface with her eagle eye.”

And Dita Von Teese adds: “‘Bird of Prey’ is one of the songs from my album with Sébastien Tellier. On New Year’s Eve, fans heard a remixed version during my performance. Stay tuned for more!”

The band Mind Gamers, who produced the song, remember: “The live instruments in ‘Bird of Prey’ were recorded in a horse stable next to a river just outside of Sydney while it was raining, a truly magical moment.”

“Dita Von Teese” is available for pre-order here and will arrive February 16! 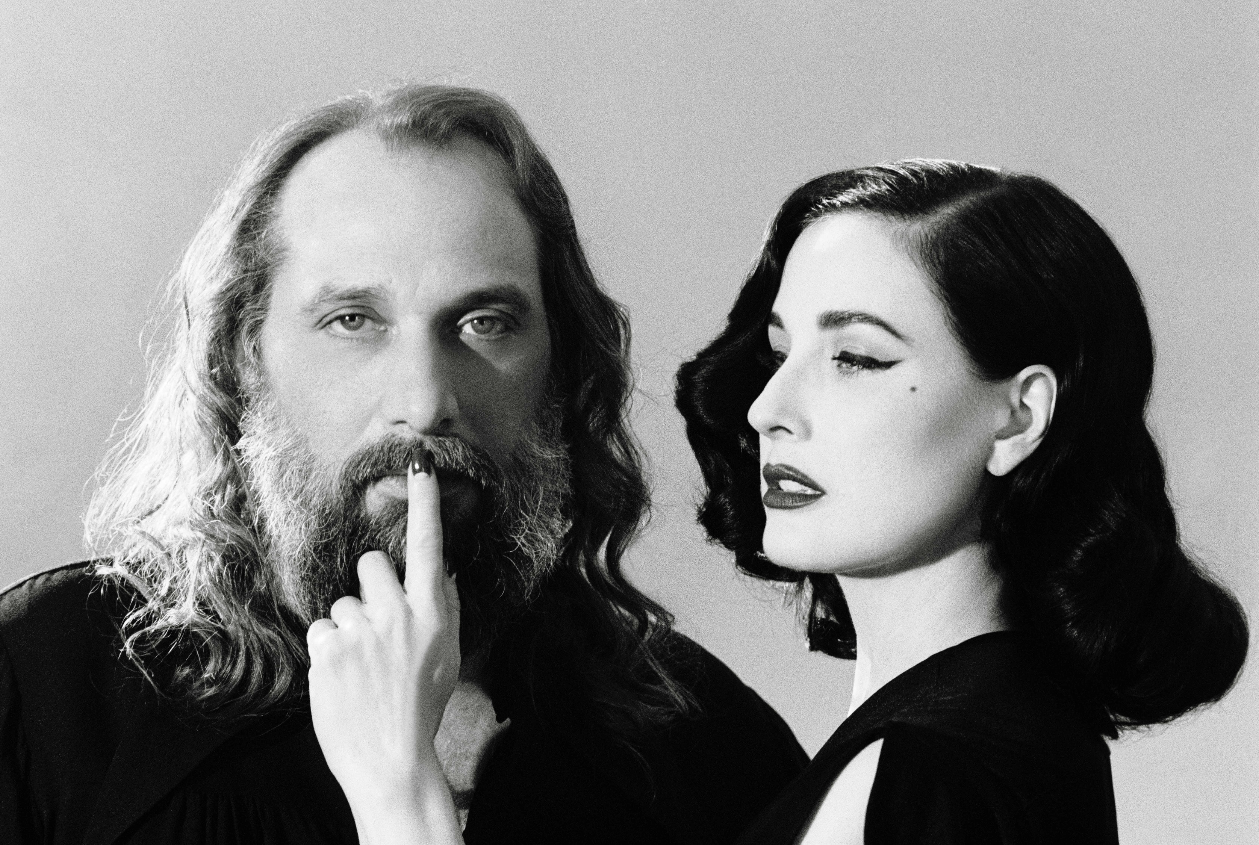 Why would Dita Von Teese ever sing? Because she was asked to by Sebastien Tellier.

Dita Von Teese: “I’m not a professional singer. In fact, I’m quite uneasy about recording my voice. But I do enjoy the thrill of doing things that are outside of my comfort zone. When I performed for the first time at the Crazy Horse in Paris, I invited Sebastien because I was such a fan, not daring to imagine that someday he would compose an entire album for me.“

Sebastien Tellier: “When I saw Dita dance to a piece of music I had written for her, I had a feeling that her physical presence and her personality were a perfect fit with my music and I started to compose only for her. When you think that you've finally pierced Dita’s mystery, she turns out to be more than ever, a creature of dreams, totally out of reach.“

“Rendez-vous“ says Dean de La Richardière, Tellier’s wife who wrote its lyrics, is about a woman taking control of her freedom, and of her hunger for pleasure. Imagine this woman gathered with two or three people in a hotel room in California, under the pink light of dawn, for some passionate stolen moments.

Dita Von Teese, performing striptease since 1992, is the biggest name in burlesque in the world since Gypsy Rose Lee, and is credited with bringing the art form back into the spotlight with a new sense of elegance and sophistication.