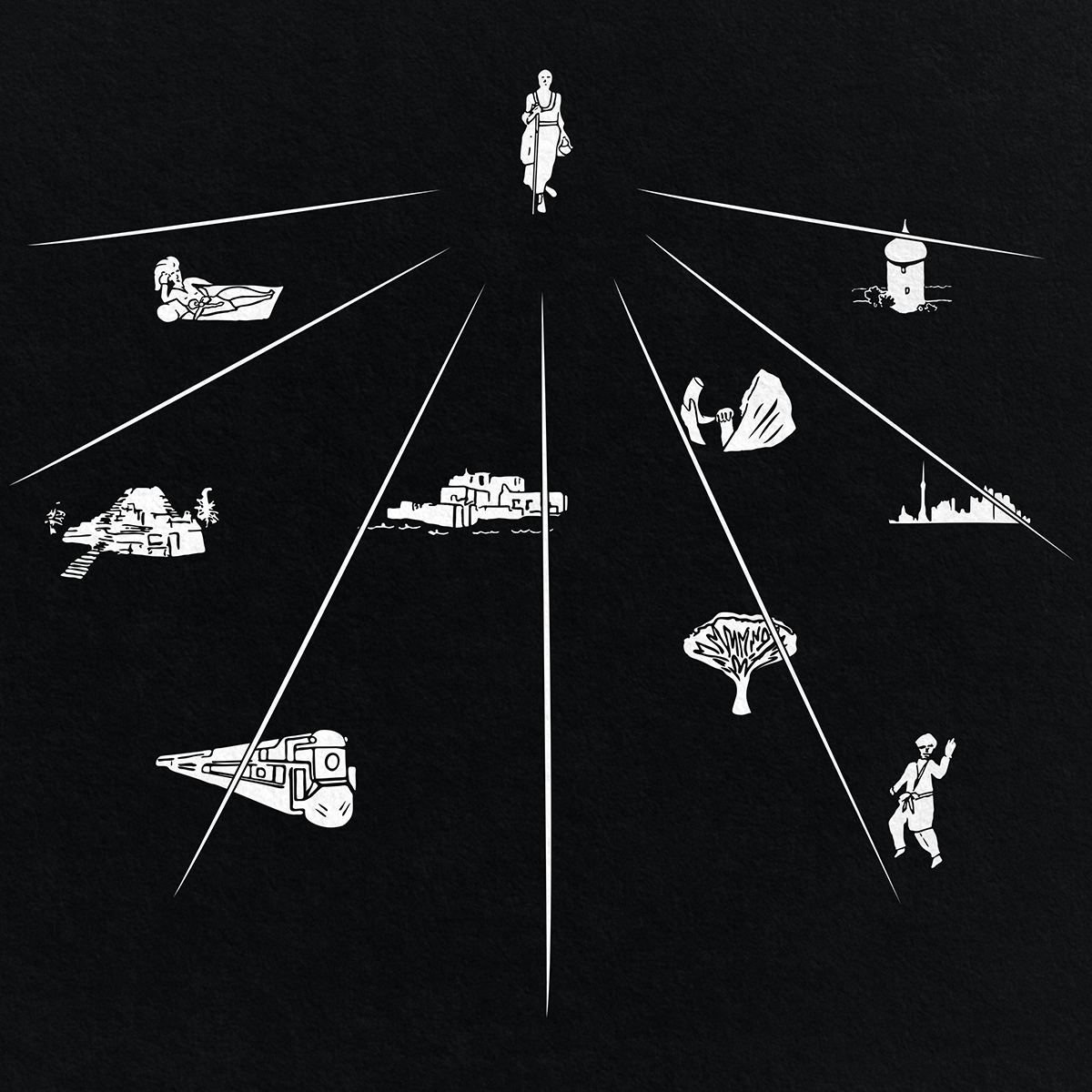 Imagine the worlds beyond your horizon. Detach and reflect, escape and return, let go and let in - Travel.

Producer, composer and keyboardist John Carroll Kirby spins his tales of Travel on his debut full-length.

Conceived in Tokyo and written primarily in Lamanai, Belize, Kirby’s compositions are a multiverse of synths and rhythms, moods and wonderment.

Hear it in the undulating, calming waves of saxophone on "Essaouira", the gentle splash heard on the shores of the coastal Moroccan city. Feel the excitement, the energy, the heat in "Poroy Station", riding the train to Machu Picchu. Let yourself unravel with "Socotra", stumbling upon the alien Dragon Blood Trees the iconic Yemen island. Let the warmth of colors & breath bathe you on "Kailashananda”.

Although Travel represents Kirby’s debut as a solo artist, the Los Angeles musician has had his fingerprints on memorable records along the way. Kirby co-produced "Junie" with Raphael Saadiq and Solange, and a few other songs on Solange’s "A Seat at the Table". You can also hear him playing keys // synths throughout the record, including album standout "Cranes in the Sky". Kirby’s credited on Shabazz Palaces’ latest "Quazarz vs. The Jealous Machines", performed in Blood Orange and Connan Mockasin, and collaborates regularly with Sébastien Tellier, who had this to say of Travel: "This music has the shape of a savage animal and the taste of love"

"Leaving as one and returning as another - Travel."