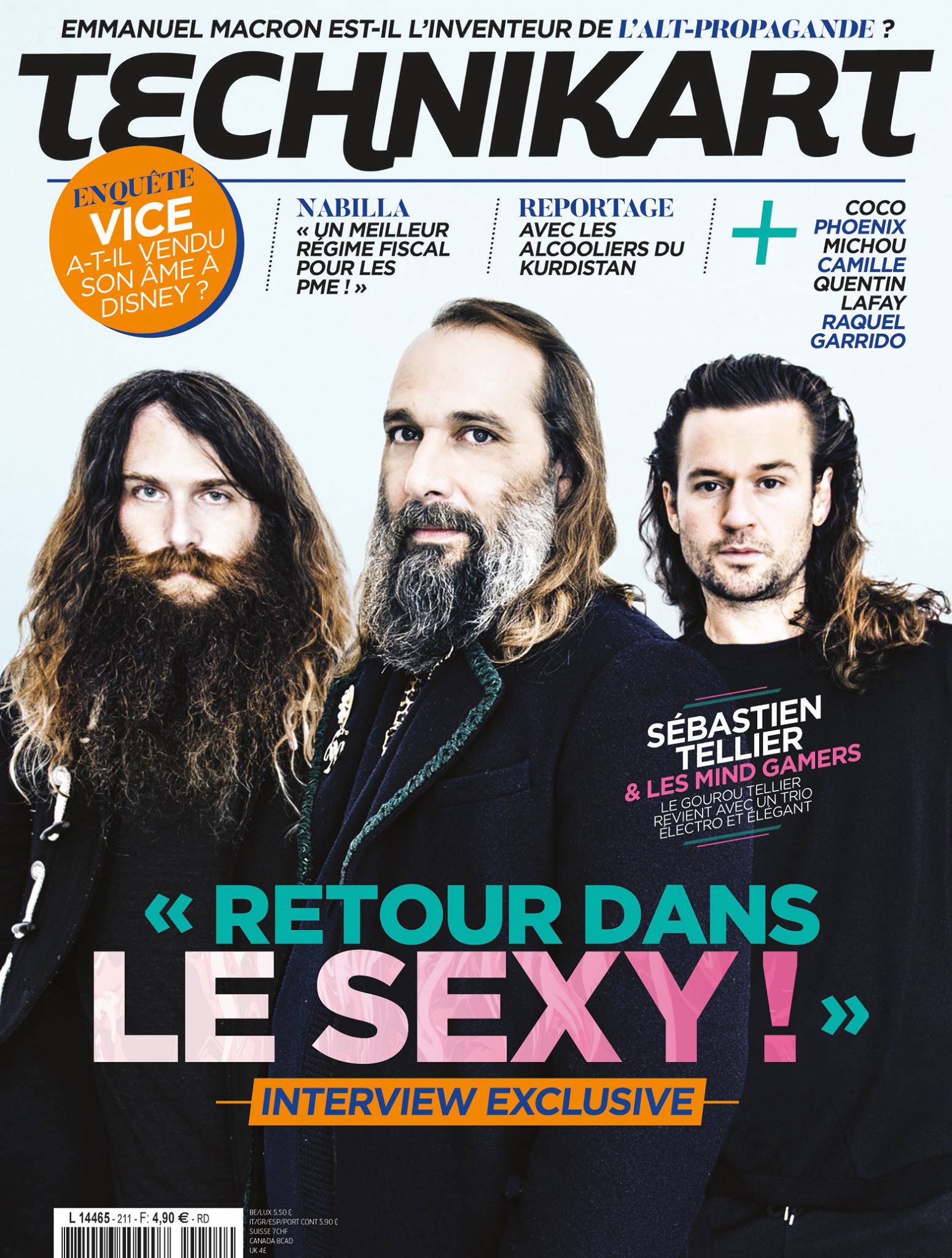 Mind Gamers are on the cover of French magazine Technikart! 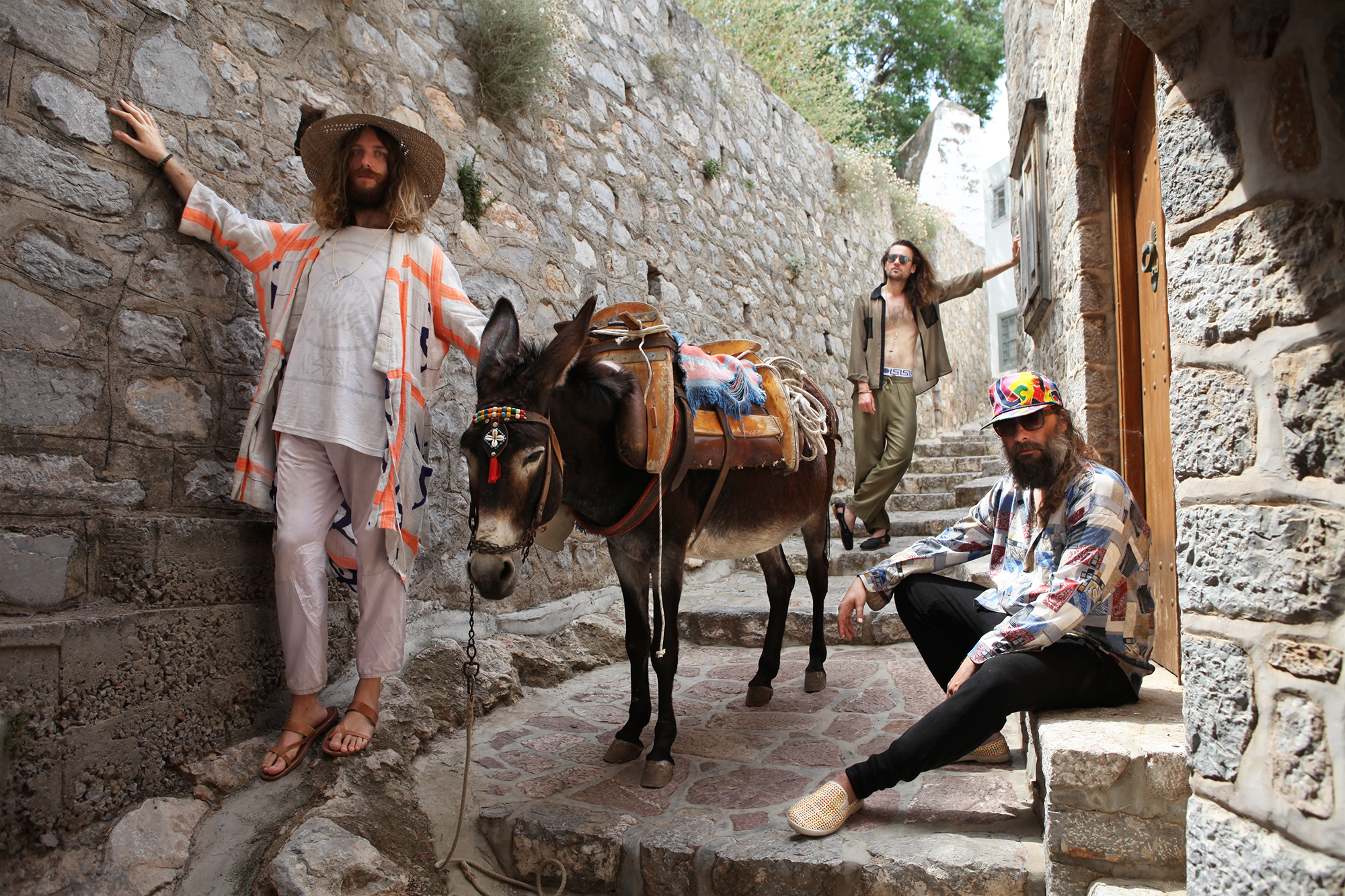 The appropriately-named Mind Gamers need not bother with the laws of time and space, or even gravity.

It was in Sydney that the supergroup’s three minds collided. Parisian-by-way-of-Venus Sébastien Tellier was touring the Milky Way when he stopped by to preach to his Alliance Bleue faithful. Among them was Daniel Stricker, who moonlights behind the Midnight Juggernauts’ drumkit, where he has been known to conjure up the ghosts of E.L.O. and Sparks’ greatest incantations. Cosmic hitchhiker John Kirby – whose travel companions have included Blood Orange, Cypress Hill, Solange or Money Mark – on a pit-stop between Los Angeles and Ásgard, mesmerized them with his consciousness-warping keyboard licks.

They merged their powers again during the last Earth Winter at Red Bull Studios Paris, emerging from the week-long communion with “Power of Power”. As much an exhortation for the listener to explore their inner landscapes as a commandment to let loose, the offering is divided into two scriptures: “Come to America” is a teleportation device straight to the open roads of California, palm trees swaying in the ocean breeze, while “Golden Boy” is a kaleidoscopic invitation to a dance ritual, featuring Karl Lagerfeld. While magnanimous, “Power of Power” is but a launching pad for the Mind Gamers’ interstellar voyage. Stay tuned for more adventures...

"Power of Power", available in vinyl and digital HERE