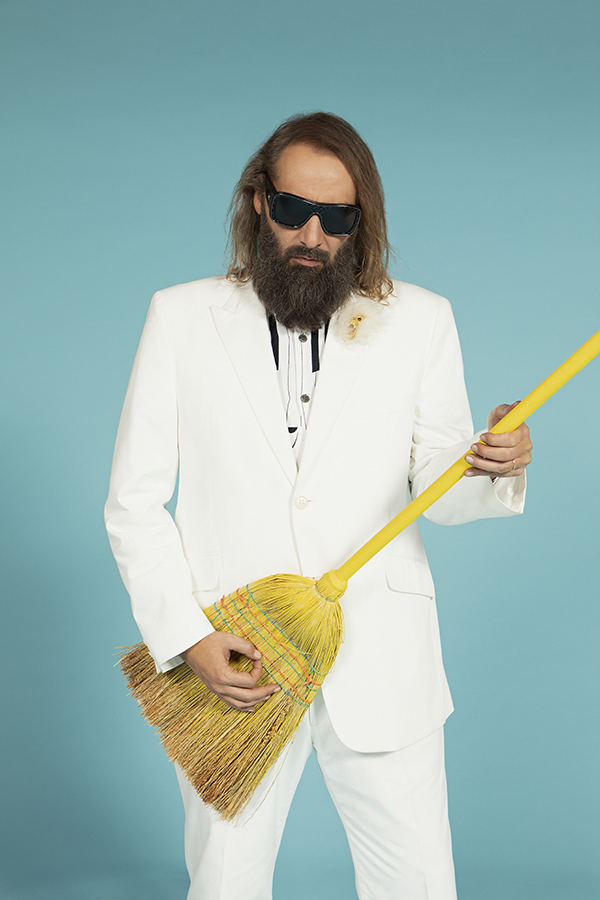 "A Ballet" is the first track released by Sébastien Tellier since his album "L'Aventura" in 2014. With this modern ballad, his ambition is to reveal the beauty of domestic life like a ballet (which in French sounds the same as a "balai" = a groom). The track was produced by Jam City, "one of the most important British musicians" according to Tellier, and by the Frenchman nit.

Release of a new soundtrack 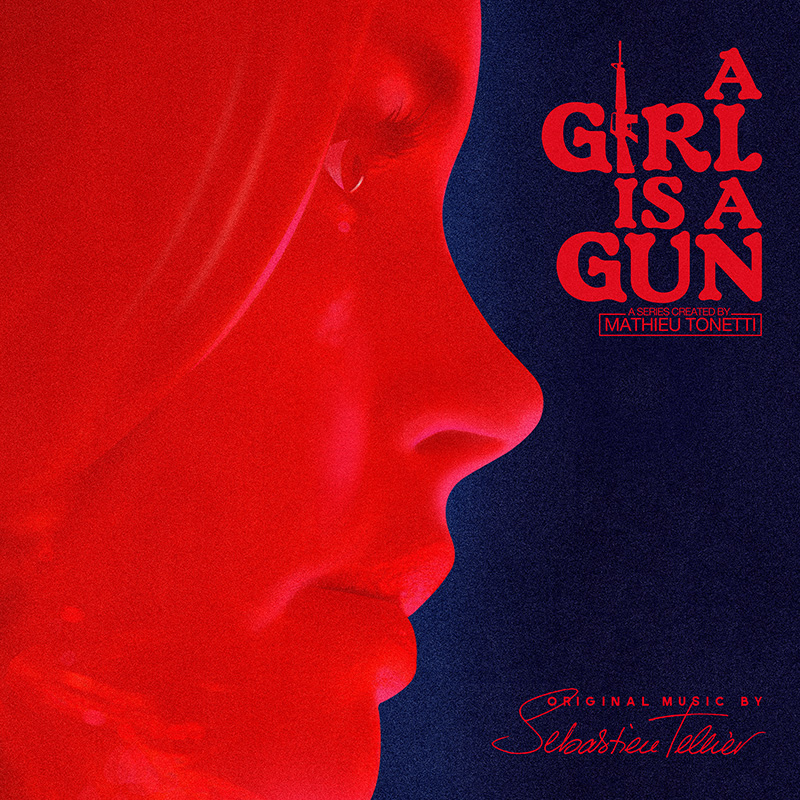 Sebastien Tellier and Mathieu Tonetti have a long story together. They befriended in their teenage years, spent loads of time together watching films like “Starship Troopers”, listening to music and creating. One was a musician, the other was a film maker. Tonetti shot Tellier’s first video for “Universe” from Tellier’s first album “L’incroyable vérité” (2001).
“A Girl Is a Gun” is Tonetti’s first long feature, actually a series of 10 minutes episodes to air on blackpills Oct. 16th. It was very natural for him to ask Tellier to score the series, as he knew he would understand what was needed for his erotic-feminist series starring the one and only Denise Richards, of… “Starship Troopers” fame!

In his unique style, Tellier created a 80s-inspired score made of synth and guitars. He sang on “Lovely Blonde”, and used some sounds from the series in his creation. The recordings were made with the precious help of an expert of the genre, Tahiti Boy a.k.a David Sztanke.
The “A Girl Is a Gun” album is more than a score, it reminds the listener of some classic film-inspired albums such as Air’s “The Virgin Suicides” or Tangerine Dreams’ “Thief”.


The series follows three women (Santa Fe, Nenuphar, Vegas) living in Los Angeles who go missing, creating a wave of panic in the city. While the police suspects a serial killer is behind the disappearance, the three women have actually joined a secret guerrilla camp, "where they train to avenge the injustice of a misogynistic system that humiliates and exploits women." 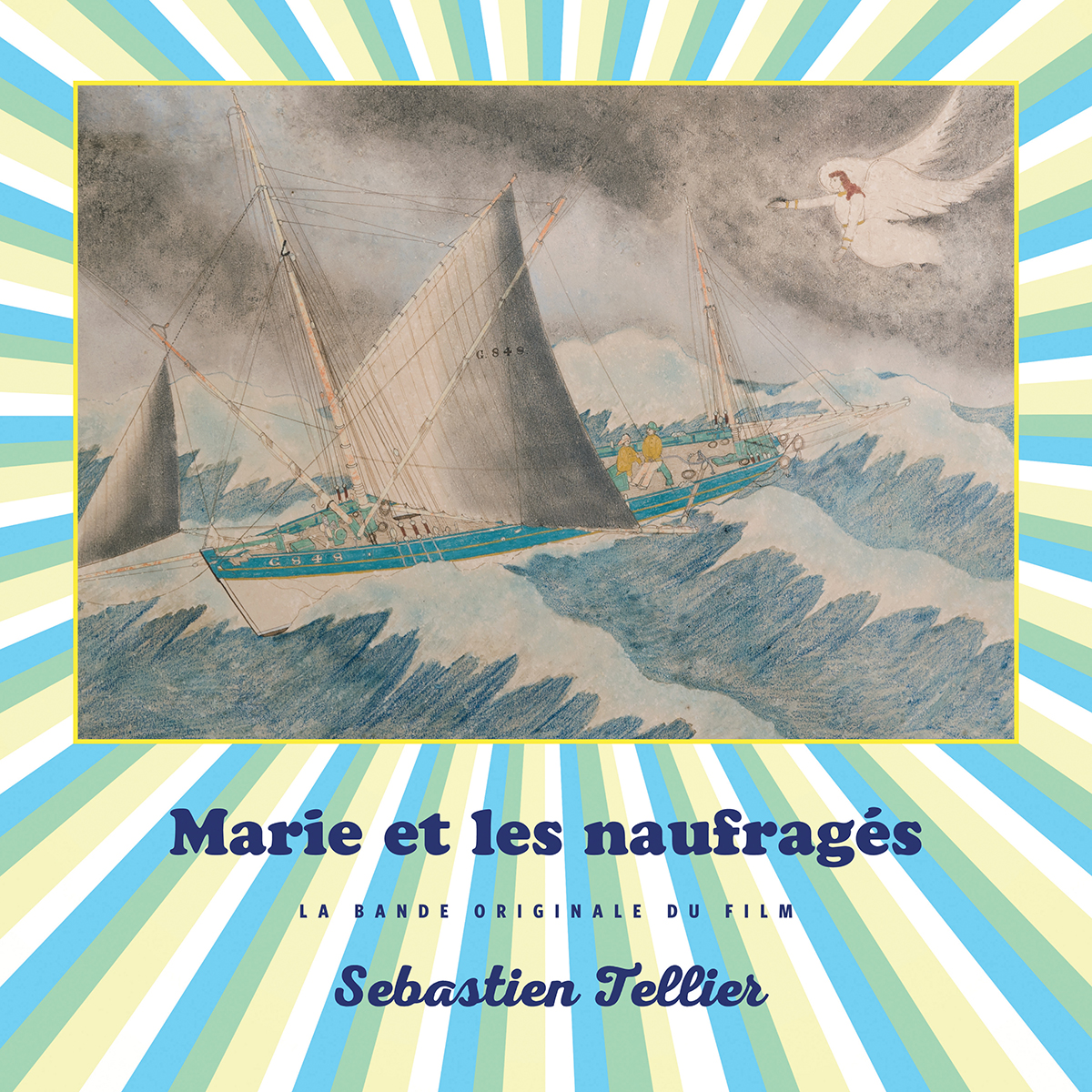 Sebastien Tellier's music has always fused perfectly with images. Some directors have come to Sebastien for original scores such as Gilles Lellouche & Tristan Aurouet's "Narco" (2004), as well as being a part of the soundtrack to memorable moments: for Sofia Coppola's "Lost in Translation" (2003) in which Scarlett Johansson hangs around her room in Tokyo, and Daft Punk’s selection for the cult scene of "Electroma" (2006) in which the robots take off their masks in the bathrooms of a bar!

Another Sebastien…  Betbeder, asked Sebastien Tellier to compose the music of his new film, "Marie et les naufragés" (translated: "Marie and The Castaways"). For this score, Tellier chose a retro-futuristic electronic path in the tradition of Giorgio Moroder's music in keeping with the with free and off-the-beaten path tone of this film starring Eric Cantona. With the help of friends and fellow musicians John Kirby and Daniel Stricker, Sebastien has diffused the film‘s languid themes with tributes to Marvin Gaye or to Ennio Morricone... If you like instrumental music with a deeply sensual twist, this record is for you!

Watch the teaser of the soundtrack, starring Sébastien!


Read the Hollywood Reporter's review of the film here Release of 3 tracks from the OST of Saint Amour 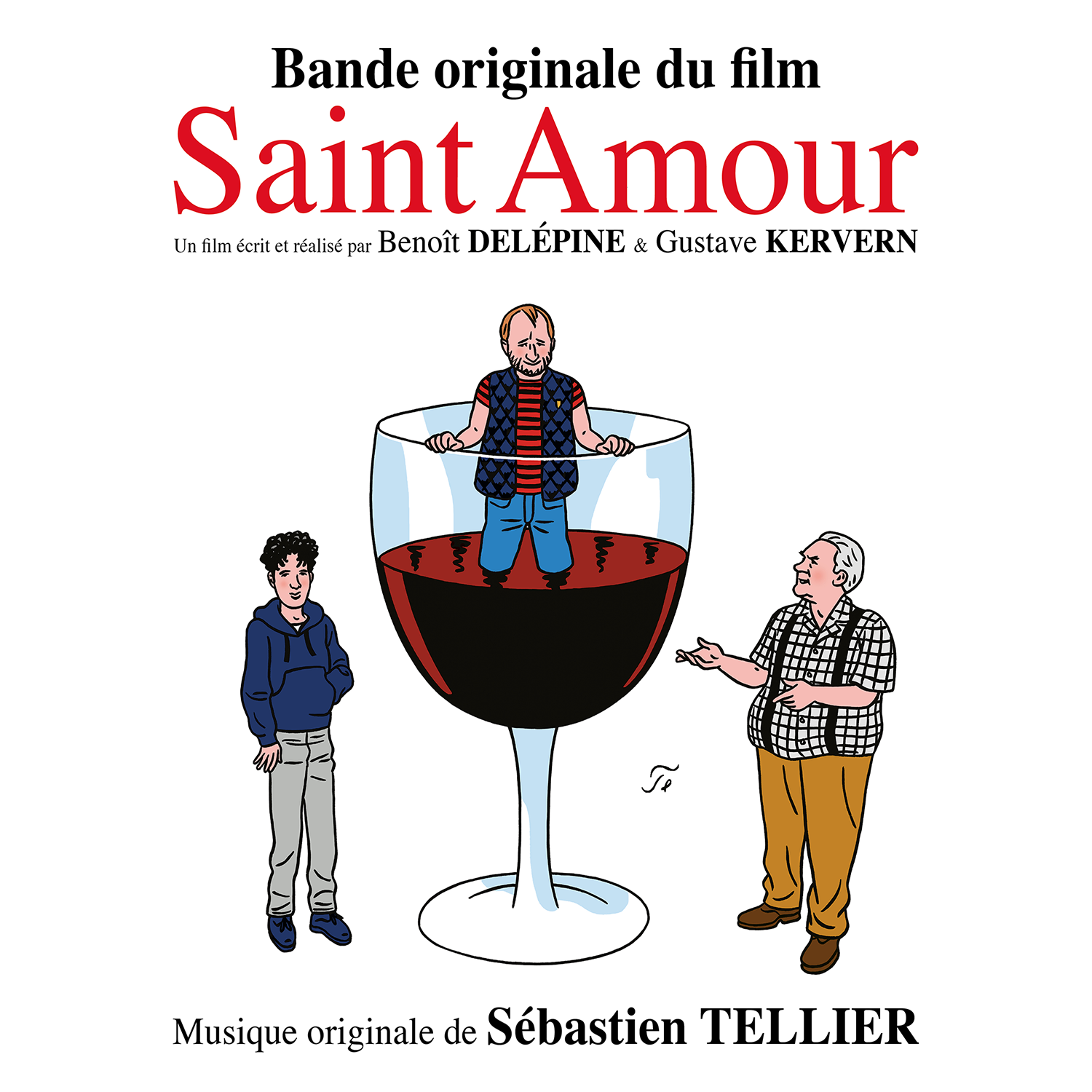 Sebastien Tellier has composed the soundtrack of "Saint Amour", the new film of Benoît Delépine and Gustave Kervern, starring Gérard Depardieu.
Record Makers will release 3 tracks from this soundtrack on February 26th in digital!

In French theaters on March 2nd 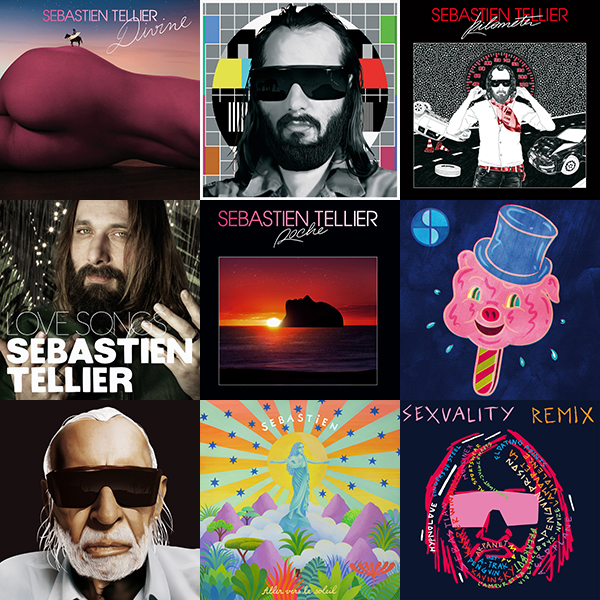 All summer, every Monday and Thursday, you can find Sebastien Tellier remix rarities on Youtube!


Listen to the playlist here, and subscribe to the channel to be notified in the future! 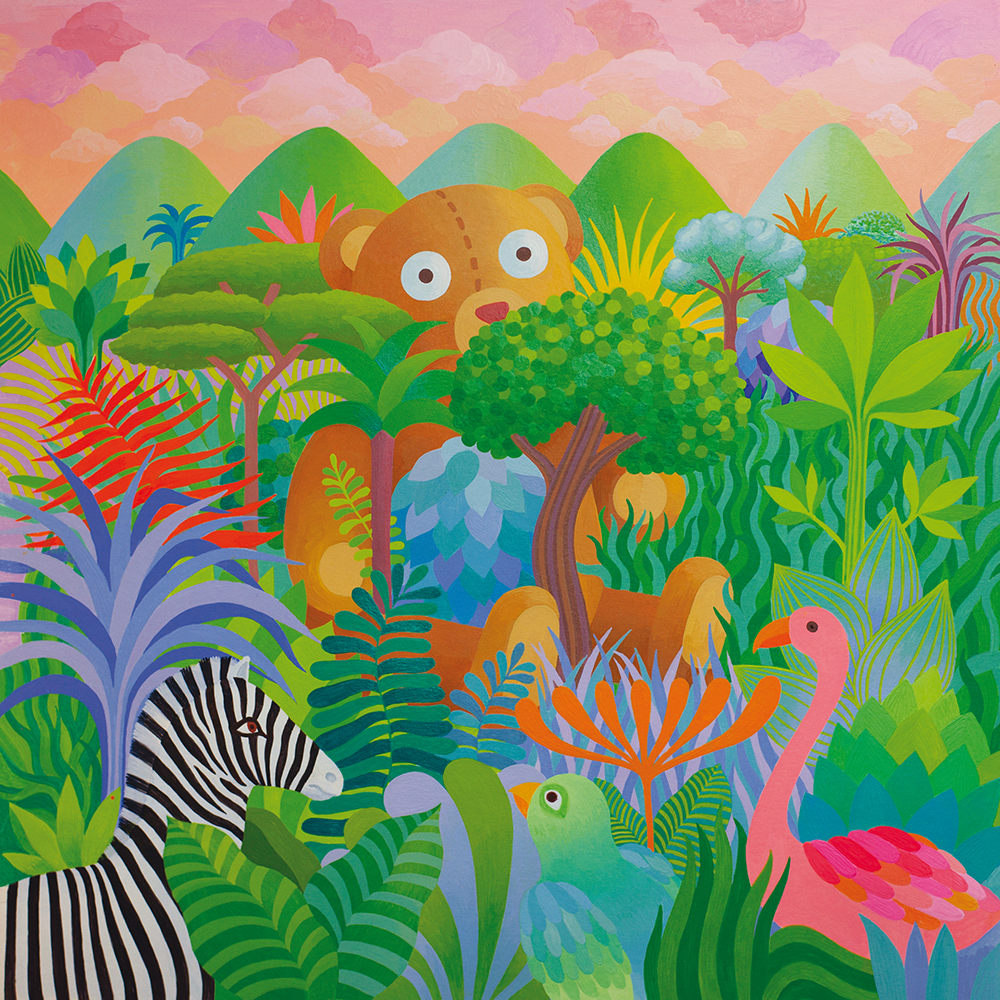 One year ago, Sebastien Tellier released "L’Aventura", his most intimate release since his debut. The themes of this album were derived from diving into his childhood, reinventing and relocating it into the dream country of Brazil.

One track from this album was: "Comment Revoir Oursinet ?" (Translating to: "How can I see my teddy bear again?"). During the 14 minutes of this epic semi-instrumental track, Sebastien addresses his disappeared teddy bear, confessing "Life without you is difficult".

Deeply convicted by the filmic ambiance of the track, we, at Record Makers decided to launch a video competition. The winner, Carly Blackman, was able to locate and re-edit some beautiful Super8 footage from a Detroit-based family in the 70’s. Like Tellier’s song, the images portray carefreeness and innocence in their pure state. You can discover below:


To go with this release, we approached different remixers to bring their eclectic touches to this anthem and offer them through the Record Makers Soundcloud.

The first remix is from Cesare, a young producer from Ipanema and part of the Kitsuné family. He brought his optimism and gave Oursinet a fresh breath of oxygen. After all, life goes on, and it’s sweet! Available here:


Matias Aguayo is the well know Chilean-German producer, and also the creator of the Cómeme label. Aguayo, himself a learned Francophone, living several years in Paris, was moved by Tellier’s lyrics that he decided to do a re-version of the song, re-record the song entirely himself adding his own vocals. His version offers a mysterious, and surprisingly sensual tone, authenticating its honesty in a new way. Available here:


The third remix track is from Darius, a young newcomer from the Roche Musique collective. He brought the track towards languished house which takes its time to build up to a hot climate, featuring Sebastien repeating his chorus. Available here:

Each day until March 6th, (re)discover Sebastien Tellier's music on our Youtube channel!

L'Aventura, #20 best album of the year for Les Inrocks! 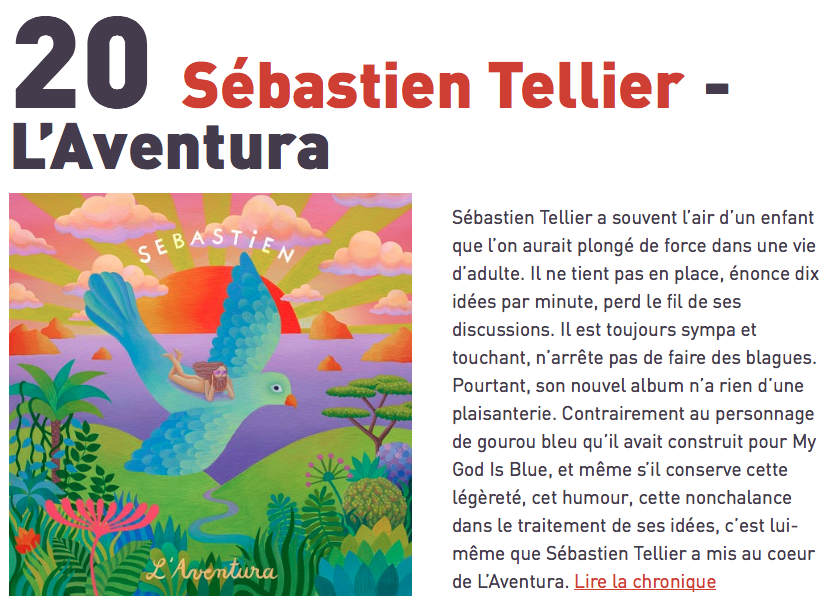 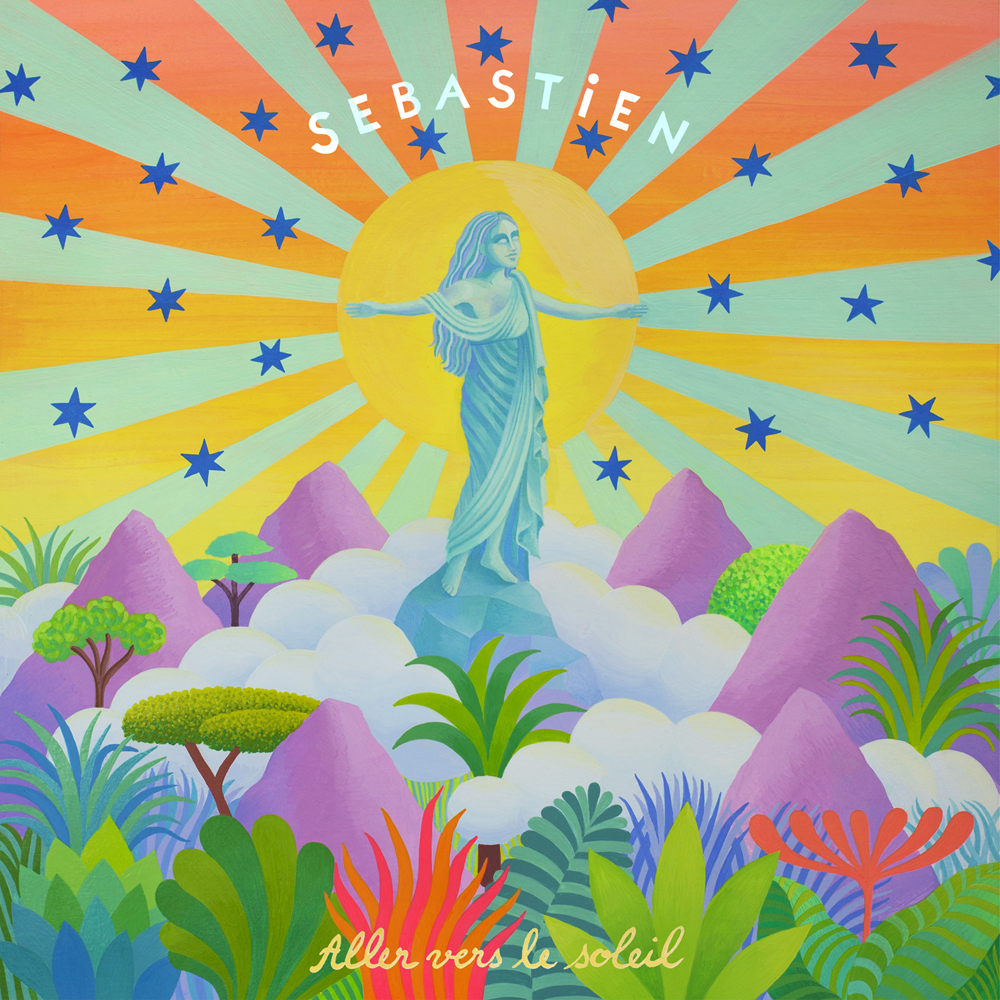 Sebastien Tellier will tour in October/November in France and Europe to showcase his new album "L'Aventura", as well as revisit his previously released classics with a new Brazilian themed twist!
Info & tickets here

Sebastien went to Paris Red Bull Studio and recorded acoustic versions of his classics and tracks from his new album "L'Aventura", with percussions and... an accordion. Check them out below : 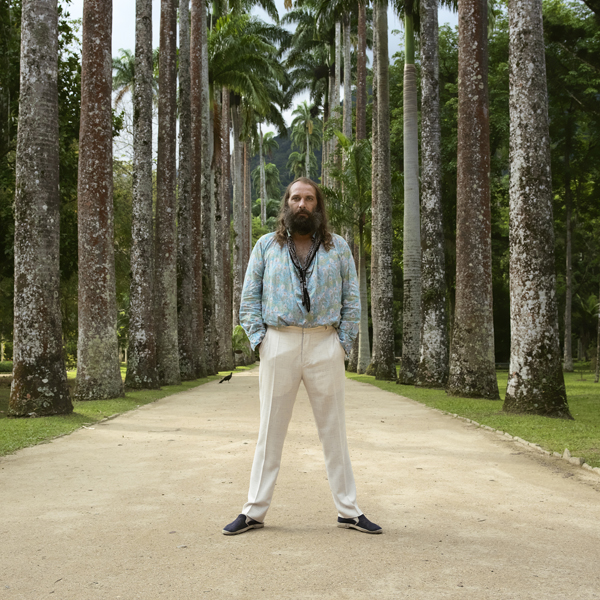 Sebastien Tellier's fifth studio album, "L'aventura", is now available worldwide !
Grab it in vinyl, CD, or digital on our online store, or at your local store, on iTunes, Spotify, Deezer, Amazon etc etc ;)

Sébastien Tellier will play the Nuits Botanique in Brussels on Sunday, May 10th! 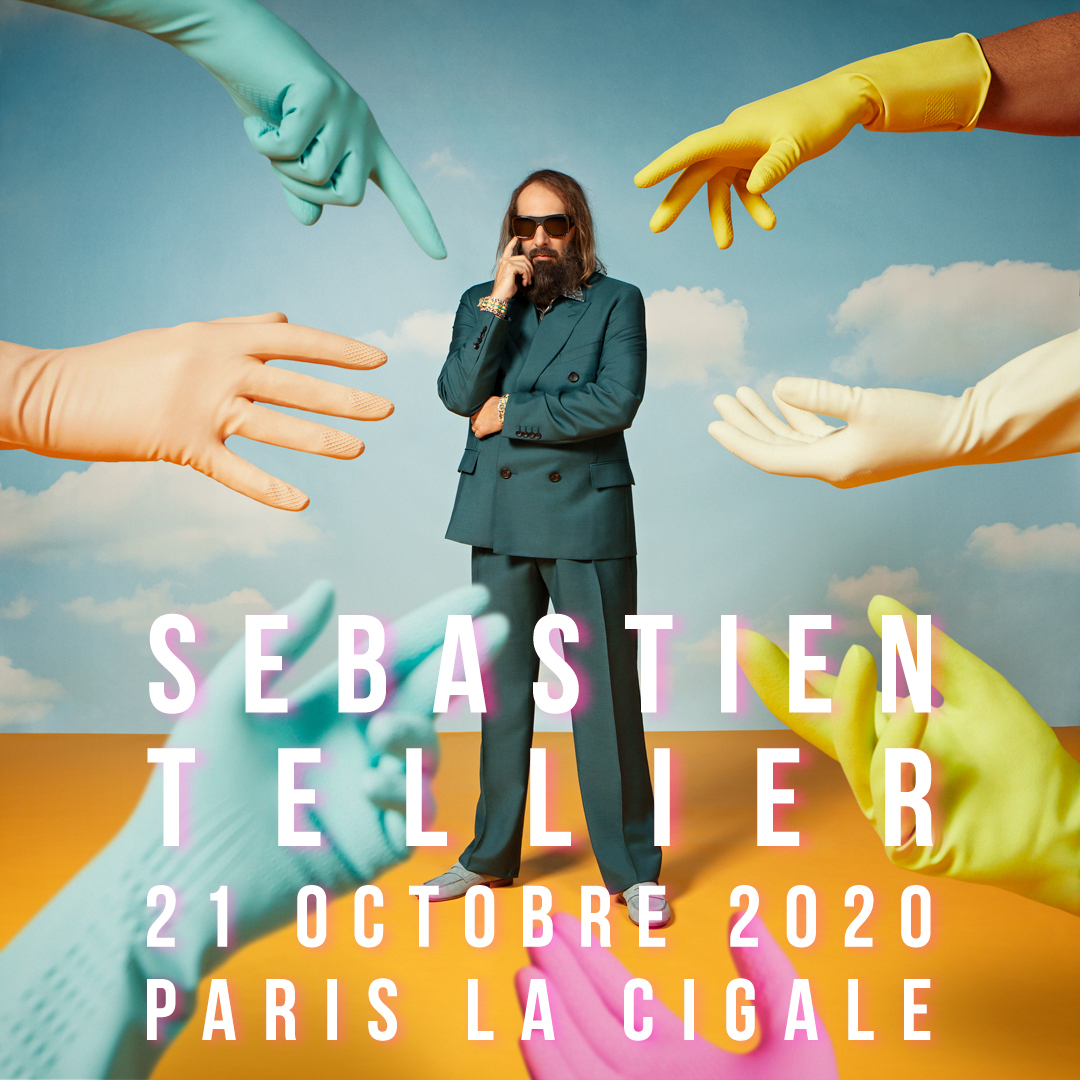 Sébastien Tellier will play at La Cigale in Paris on Monday, May 11th!
[SOLD OUT] 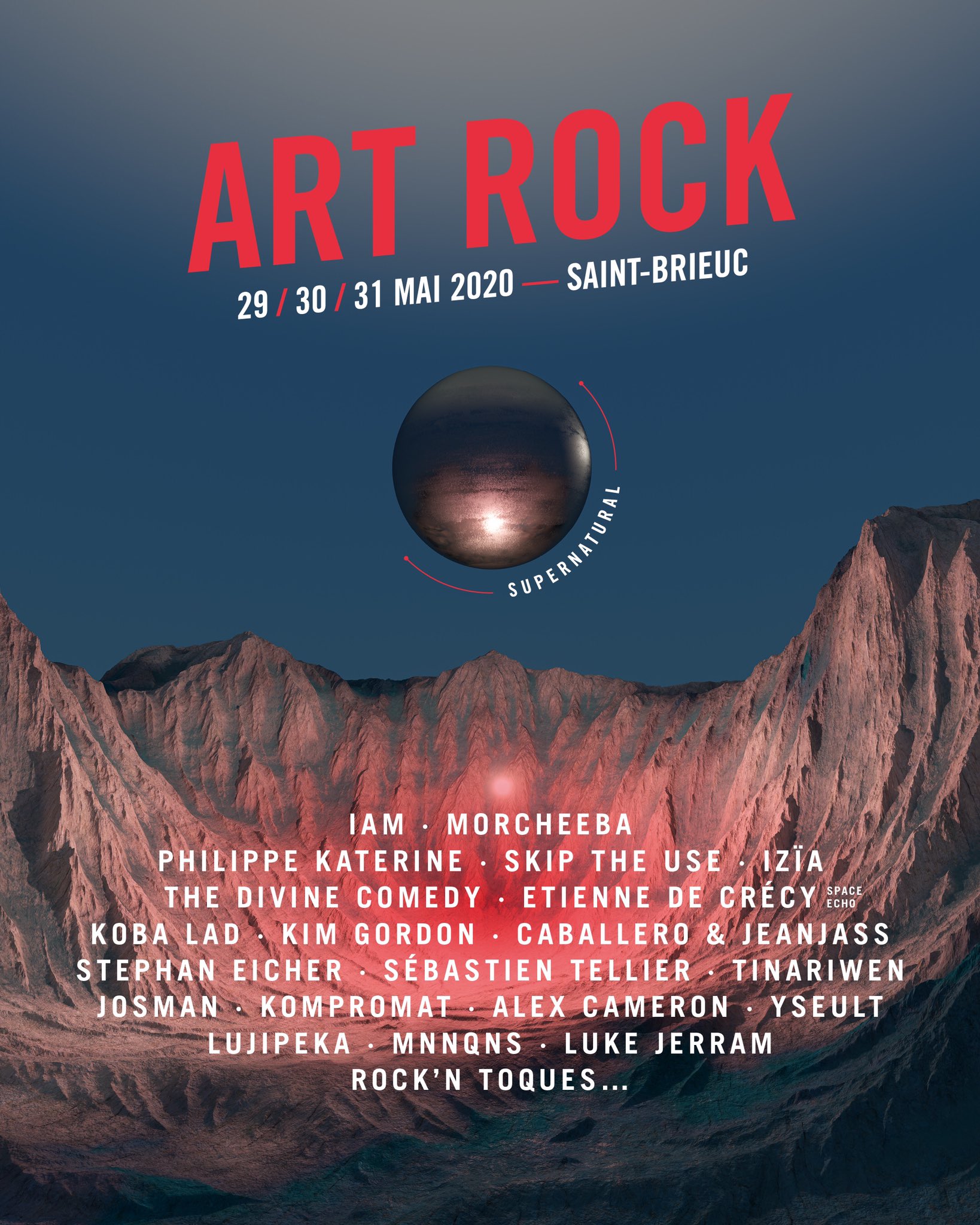 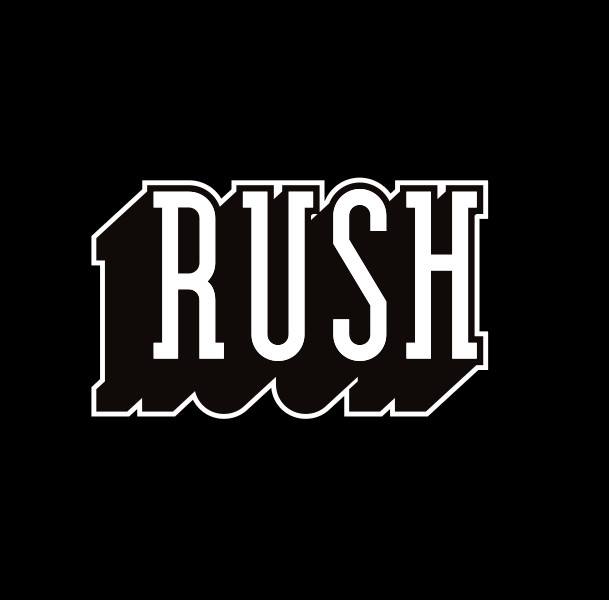