A fanzine about producers
in collaboration with Atelier Xavier Veilhan PRODUCE traces The Producers project initiated by Xavier Veilhan. His ambition was to make sculptures based on the 3D bodyprint of various musical producers to highlight these "artisans of the shadow" often at the origin of musical revolutions. Eighteen producers, including Quincy Jones, Daft Punk, or Brian Eno, have agreed to contribute to the project between Los Angeles, New York, London, and Paris.
Besides a travel account, the book presents an essay on four of these musical geniuses: Timbaland, Pharrell Williams & Chad Hugo (The Neptunes), and Swizz Beatz.

(December 2014) The four of us sat in the car in front of Quincy Jones's Bel Air home waiting for the approaching time of our appointment with the man. We were scheduled to meet him, make his 3D capture and turn it into a solid oak sculpture. His portrait, along with those of other illustrious producers, was going to be presented in New York and Paris. This book emanates from the full experience.

Xavier - It all started in 2014 with THE PRODUCERS: my desire to take these great men that work in the shadows of the recording studio to often design an entire musical era, and in a sense magnify them through a series of sculpted portraits.

Marc - Truth be told, you wanted to meet these heroes in person. And so did I!

Xavier - True… The search for them became an adventure that started off in Los Angeles and went on to New York, London and Paris. In total, 18 music producers agreed to participate. That’s 18 chapters of contemporary musical history right there.

Marc - Yet most of them remain unknown, and they probably enjoy that anonymity. By sculpting them, you reveal their importance to the public.

Xavier - We wanted to give a palpable continuity to this first part of a still ongoing series and imagined this fanzine, a somewhat scientific approach to a theme that is rarely explored in such a way: pop culture. We were happy to find our scholar in Etienne Menu, who wrote a fascinating essay on an era owned by Swizz Beatz, Timbaland and The Neptunes, which demonstrates the magnitude of what these artists have generated.

Marc - PRODUCE has become not an art book but rather an unpretentious object centered on its content, a book to carry around and read anywhere.

Xavier - And why not imagine issues to come of the fanzine! We would love to read a complete piece on Brian Eno or Rick Rubin, to learn about the history of Paul’s Boutique by the Dust Brothers or dig into Lee « Scratch » Perry’s early works. 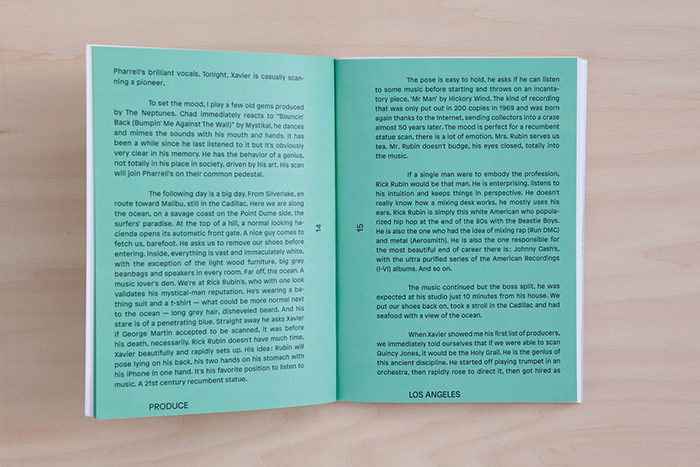 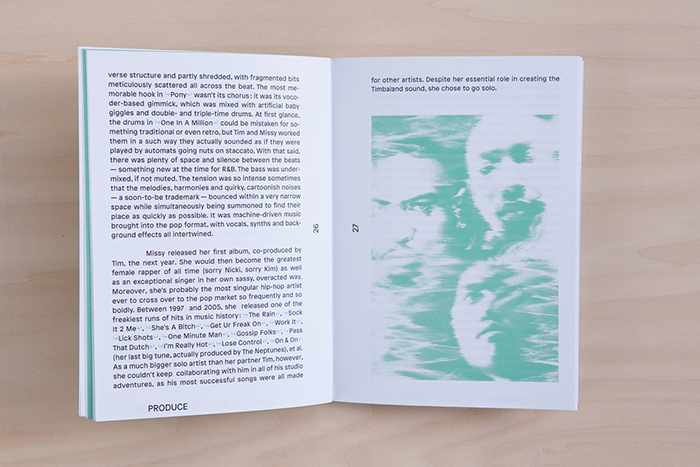 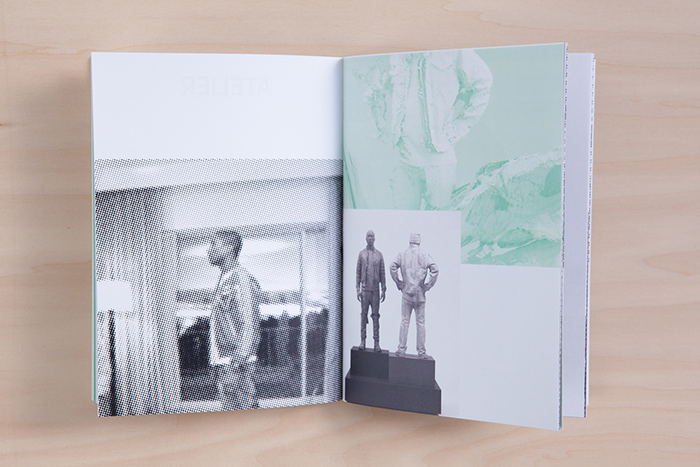 The playlist of the tracks mentioned during the reading of the essay: